Taking my own advice...

It's easy to give advice. Criticism is even easier. Anton Ego's final monologue in Ratatouille sums this up so perfectly that I can't help going a little off topic to post it. It's a little bit of truth and beauty buried in an unlikely location, just like the chef it refers to. Peter O’Toole nailed it. I'd love to shake the hand of the person(s) who wrote it, maybe buy them a beer.


It would be the easiest thing for me to write a blog about why fans of one program or another have it wrong, why their methods suck and so on and so forth. It would also change absolutely nothing. People who agree with me would continue to agree with me and people who disagreed would likely continue to disagree. In the end, nothing changes.

With advice, I at least have a chance of influencing someone. That's why I like advice. Ask me for advice and I'll give you an answer I think is best. Despite my reputation (that I have occasionally cultivated) for being a grump and a little on the anti-social side I genuinely want to see other people succeed. Usually because it means less slack for me to pick up in the long run.

Taking advice is hard. It's difficult to separate the wheat from the chaff. Once you're on the inside looking out the clarity an impartial observer has is muddied. Unless it already fits with your world view it seems suspicious, oversimplified or downright insane. This is also why negative criticism amounts to nothing much beyond heart burn. Really, when you think about it, advice and criticism are two sides of the same coin. An advice columnist and a food critic are both simply people with a well developed ability to articulate their opinions about how something should be done.

Taking one's own advice is hardest of all. I think it requires even more of the "setting one's ego aside" than making an exercise program, deciding to use the smaller plates you should use even though there are attractive women in the gym or admitting you have no clue how to actually get in shape. Here folks, is one more reason for Rule 10. Your fifteen year old internet addicted little brother could possibly have more clarity on where you are and what you need to do than you do. Mostly because his ego isn't involved in the evaluation process.

So, back on topic, which piece of my own advice do I need the most? Why, Rule 2 of course. More on that after the break.*

Canst thou not minister to a mind diseased,
Pluck from the memory a rooted sorrow,
Raze out the written troubles of the brain
And with some sweet oblivious antidote
Cleanse the stuffed bosom of that perilous stuff
Which weighs upon the heart?
-MacBeth

Stress is causing me problems. It's the biggest road block between me and what I want right now. I mentioned in my review of the 40 Day Workout that I have lost whatever coping skills I used to have, if I ever had them. I'm to the point that I need to do something to return to a normal state of functioning before I wind up very ill. It's all part of that necessary holistic approach I mentioned in the last post on consistency. Holism as relates to training is something I'd like to elaborate on in the future, however, my lifestyle doesn't feel particularly whole at this point in time so I'm waiting to comment until I have some perspective.

I have spent five years healing and training my body, it is now time to minister to my own mind. That's what I need the most.

I've tried breath based meditation before. Having ADD, maintaining focus is very difficult for me. The supposed solution eventually becomes a source of stress. Also, it's not practical for me to lay in a darkened room for a few minutes every time I feel stressed at work, or even expect my co-workers to not talk to me if I do it in the work area.

Guided meditation doesn't do much for me either, both because of what I've listed above and also because I can't get over the...new ageiness... of it all. I can't focus on imagining a peaceful stream for more than 15 seconds at a time and doing so gives me the willies because of my long standing phobia of water. I have a low tolerance for anything I see as bullshit and some of this kind of stuff ranks high on the list. It's my problem, not guided meditation's. Any of the similar schools of thought or relaxation techniques do little for me. I love a good soak in a warm tub, but you'll never catch me enjoying one with crystal pendants and lavender scented candles. Aromatherapy mostly just aggravates my allergies.

So I'm starting with THIS. Yup. That one.

I wanted Relax and Win by Bud Winter, but it's been out of print for a while and used copies are up to $250 on Amazon. Bud was a famous track and field coach and reportedly developed much of the material in this book working with fighter pilots in WWII. This is the kind of thing I'll listen to. A Dummies book seemed like it would be the next best thing and provide some down to earth advice without me having to pack bayberry scented massage oil on my next business trip someplace hot and dry. I've ordered a few other books from Amazon as well. The hard part will be giving this a chance. Open mindedness doesn't come easily to me here.

I don't have any real conclusion to this as a post or in real life. It is, figuratively and literally, turning a new page for me.

*I couldn't decide whether to open with the quote or the Ratatouille bit, so I flipped a coin and move the quote down here. I love both. 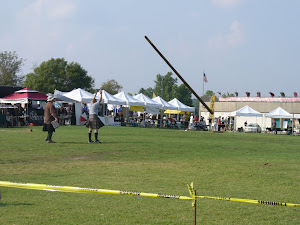